In Chinese acupuncture there are a number of different theories to explain which way the energy (Qi) flows.

In one of the theories, contrary to the Meridian Theory, all energy starts at the first (or last) point of the meridian that is nearest to a finger or toe-nail.

The Qi therefore, in 6 of the channels seems to be flowing backward. It starts at the finger or toe nail and flows freshly from a “Well”, into a “Spring”, a “Stream”, a “River” and into a delta joining the “Sea” (the point on the meridian nearest to the elbow or knee).

The Chinese word for a “Well” is translated in Pin Yin into English as “Jing”.

In veterinary acupuncture a Finnish veterinarian did much work on these points, but pronounces them as “Ting” points.

By force of American usage (more Americans speak English than the rest of the world put together), this corruption of human Jing­-Well Points, are known in veterinary acupuncture as Ting points.

In standard veterinary -acupuncture it is normal practice to draw a drop of blood from the point, however, this does not provide faster or better healing.

TING POINTS ON THE HORSE:

To make it easier, just imagine a clock, top being Midday, under being 6 am/pm 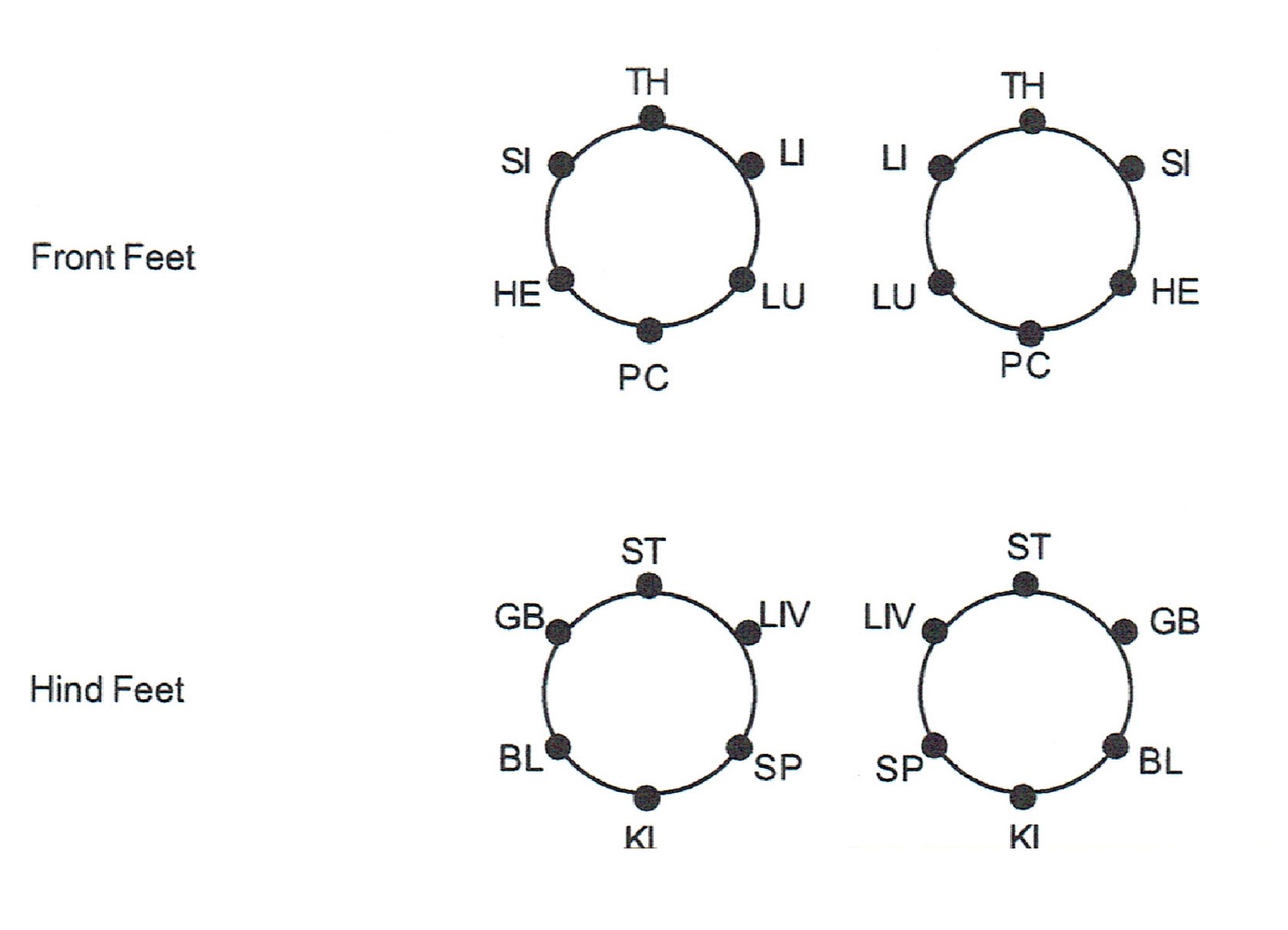 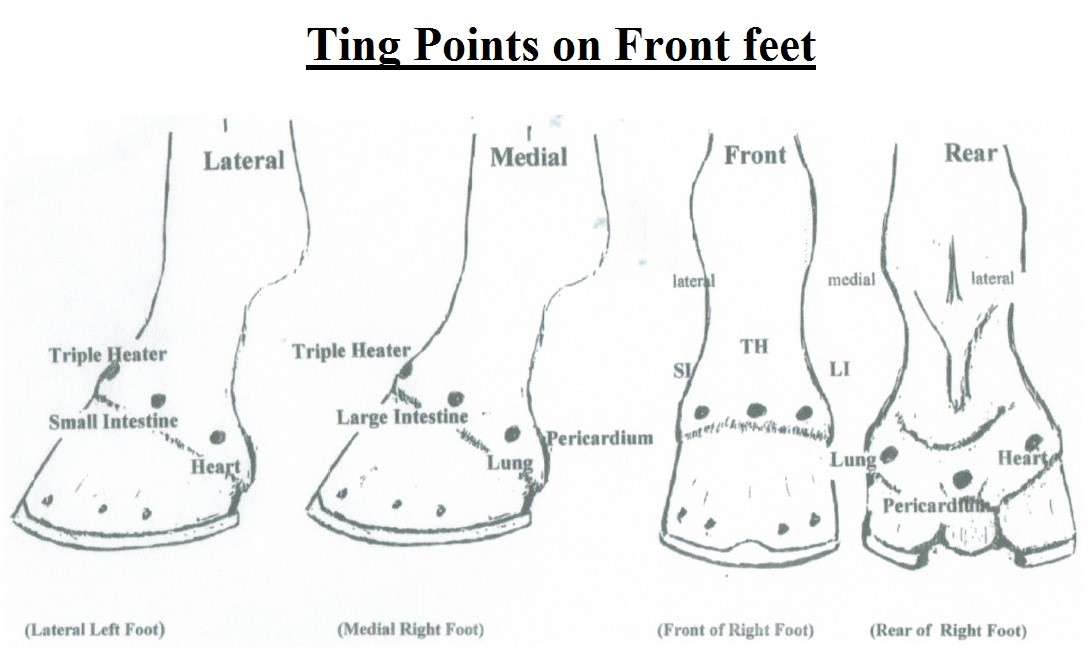 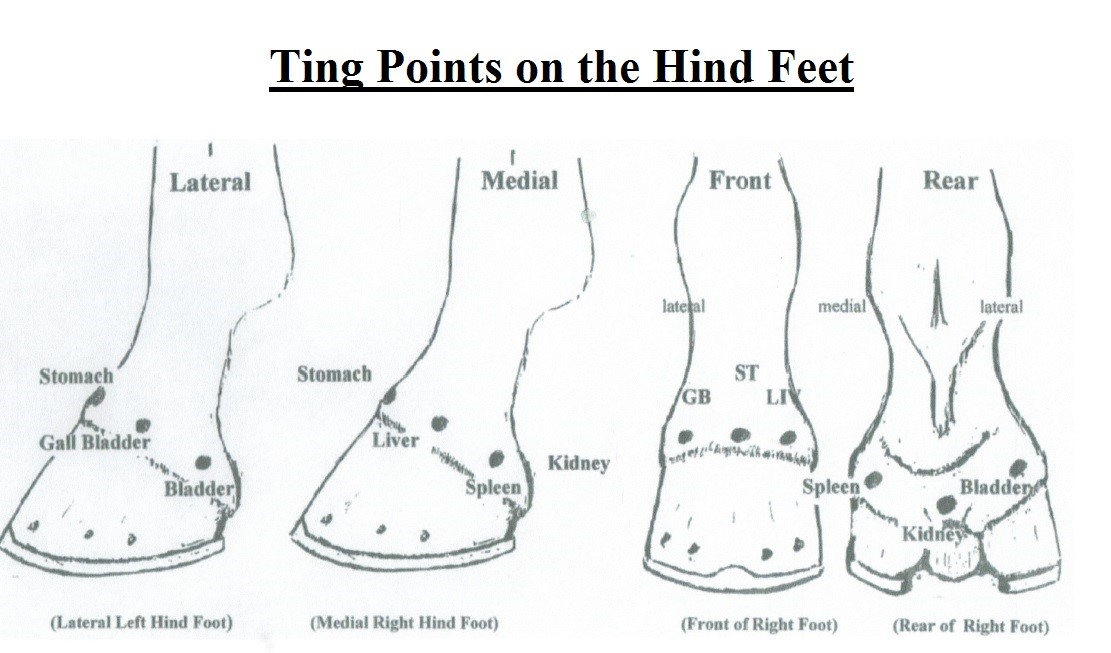 TING POINTS ON THE HUMAN: 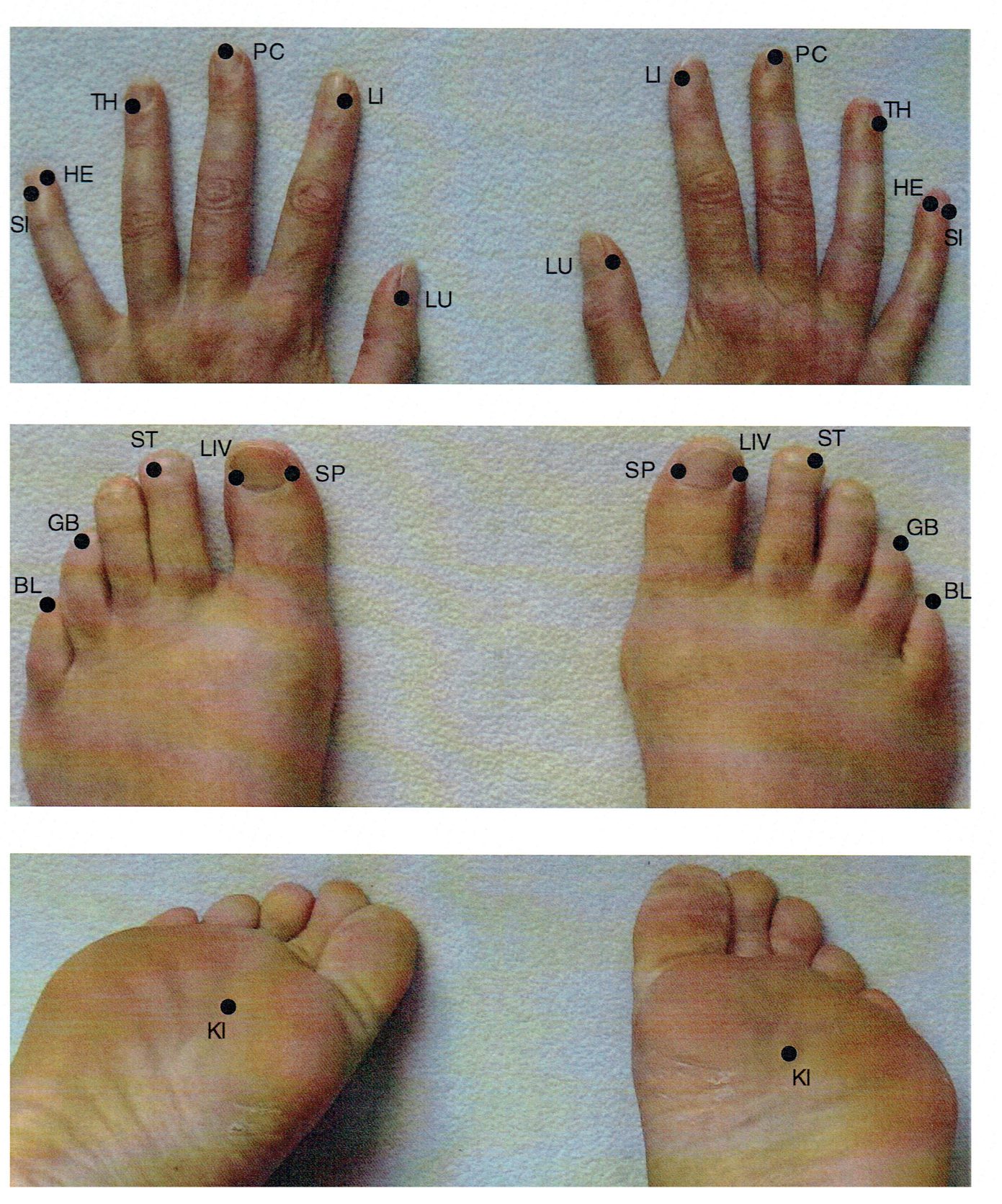 TING POINTS ON THE DOG and CAT

Just put the torch light over the nails on the location as seen on the human picture above. For Ki 1, it’s in the under middle of the rear paw pad.